This year, we have so many great reasons and occasions to show Pride! June, July and August all have significance this year for the LGBTQIA+ community in Manchester, so why not show your support and get involved? 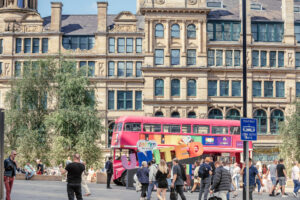 June is typically acknowledged as Pride month across the world. But why June? This month was chosen because that was the month when the Stonewall Riots took place – an important protest in 1969 in New York. It is known as the turning point for LGBTQ+ rights in the world when the community finally stood up in protest against the way they were treated. This event transformed the gay liberation movement and even inspired London’s first Pride march three years later in 1972.

Pride month is about acceptance, equality, celebrating the work of LGBTQ+ people, education in LGBTQ+ history and raising awareness of the issues that face the LGBTQ+ community today. 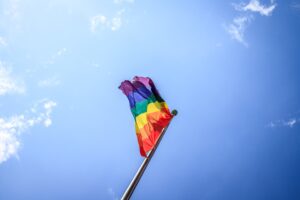 July will mark 50 years since the first official Pride march in the UK. On 1st July 1972 (the closest weekend to the anniversary of the Stonewall Riots) approximately 2,000 people took to the streets of London in protest from Hyde Park to Trafalgar Square.

Marking 50 years of Pride in the UK gives us reason to celebrate how far LGBTQ+ rights have come.  It also encourages us to appreciate the history, remember the sacrifices that were made and how in some places there’s still work to be done.

And last, but certainly not least, August is when Manchester Pride takes place. A place for Mancunians and their friends to fly the flag, proudly express themselves and celebrate their true identity. 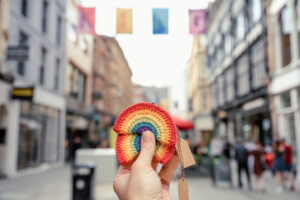 This year the event starts on Friday 26 August and ends on Monday 29 August. We’ll be doing plenty to celebrate so keep an eye out on King Street in August for something special. See here for the history of Manchester Pride.

It doesn’t end there…

Pride season thankfully comes around every year but the fight for equality and acceptance goes on. There are still people, communities and countries that deny LGBTQ+ people the right to be themselves. At King Street, we continue to stand with the LGBTQ+ community, this Pride season and beyond. Join us and show your proud support!