Hurlingham Polo’s DNA derives from the sport of polo, being part of our life and heritage since 1875, making it truly authentic. We pride ourselves on pushing the boundaries in creativity and design, embracing innovation and creating a premium brand that customers can trust.

Hurlingham Polo embodies the eclectic British style that is recognised all over the world, one that draws its inspiration from military ties and sporting history, as well as important cultural influences.

For AW20, we’re debuting a striking fashion collection from new Design Director, Bardhyl Latifi. Offering men’s, women’s and gender-neutral ranges, the AW20 range will be the culmination of 18 months’ work from Latifi whose previous work includes notable design roles for some of the world’s biggest fashion and lifestyle brands, including Burberry, Hugo Boss, Napapijri and Henri Lloyd. The four collections are the designer’s first full ranges for the polo-inspired brand, and marks a strong step forward for the clothing label, which first launched in 2017 with a small menswear collection including monogrammed sporting basics, classic tailoring and performance off-field training gear.

The AW20 collection draws inspiration from the brand’s strong heritage in polo, with its roots dating back to the founding of the sport in 1875, and represents a hybrid of the tradition of polo and modern urban lifestyles, interpreting the classic polo-chic look to represent a ‘New British’ style.

Latifi: “There is increasingly a fluid evolution of urban style, activewear and traditional craftsmanship that are embracing diverse cultural influences in a more liberal and rebellious way, and we want to fully embrace that. Now, boundaries are blurred between luxe, performance and casual styles, and there is a demand for new garments to correspond with a new style of life.” 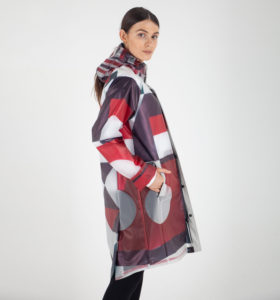